How Does a Wind Turbine Work? 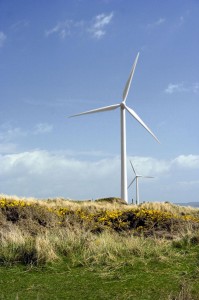 Most of us have taken a drive through the rural areas of our country and noticed the small, fast-spinning wind mills, whirling away at the edge of a barn yard or a homeowner’s half-acre lot. Some of us have also seen the giant windmills of southern California, the Texas panhandle or the prairie farms of Iowa or Minnesota. While it may seem straightforward enough, many of us still wonder how these wind turbines create electricity.

The most notable part of a wind-turbine is the rotor section, which is made up of blades, a nacelle, and the alternator. This section is installed on tall pole or tower to raise it above potential wind obstructions.

Turbine blades have an airfoil shape designed to efficiently collect the wind. Blades are usually made of plastic (often a composite with fiberglass), or of wood, and are installed in combinations of two or three. Two blades are better for high speeds, but can be noisy and susceptible to high vibration, whereas three blade designs have better torque and efficiency at most speeds.

The nacelle is the nose cone in front of the blades. It may look like an aesthetic consideration, but it does have some practical purposes. The nacelle protects the alternator from the rain while allowing airflow for cooling purposes, and it streamlines airflow through the blades and rotor section.

Electricity is generated when the force of the wind spins the blades, which in turn rotates an alternator rotor, lined with permanent magnets, around an alternator stator. The stator is made up of rings of copper windings. When the magnets fly past the copper windings, they induce an electrical current. The electrical current flows through transmission wires attached to the rotor and wind down the pole or tower to an inverter, for example SMA America has model for wind systems. Just as with solar photovoltaics, the inverter converts direct current (DC) to alternating (AC) that can then be used throughout a home’s electrical system.

The rotor section on smaller scale turbines is connected to a tail boom and vane that keeps the blades facing in the direction of the wind. When wind pushes on one side of the tail, it turns the blades and rotor into the wind to collect its energy. The furling design of the tail helps protect the turbine from excessive winds. During these conditions, the tail actually swivels to keep the turbine out of the direct wind, allowing the blades to rotate more slowly.

Many wind turbines include a braking system which stops the rotation of the blades under most circumstance. One such braking system includes a switch that opens the connection to the grid or batteries, causing a short of all three electrical phases which makes the rotor very stiff to turn. Some turbines include a manual furling system that can be activated to bend the tail and keep the blades out of the wind.

America is on the verge of a sustainable energy revolution. Coal and gas will provide the bulk of electrical generation for quite some time, but solar PV, concentrated solar, solar water heaters and wind-energy machines are marching towards a greater portion of the country’s energy portfolio. The day will come soon when a residence, farm or small business may be able to produce nearly all of its energy through a combination of solar and wind technologies. 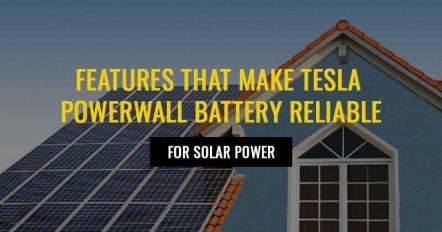